"It's getting on Christmas...They're cutting down trees..." 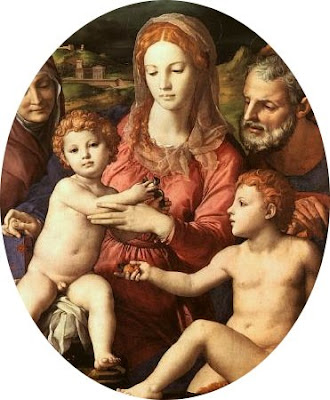 December is quick descending on us and the hubbub of it all!  I'll try and make it to the finish line of food ODs and whole forests of gift-wrapping paper accumulating on my living room floor... This will be the month of kind deeds and pious hopes of peace in the world, everyone stressed out about "The Great Gift-exchange day".  The day, when we might get things, we don't really need, bought with money, we don't really have. And in the true spirit of Xmas; We'll cross our fingers, while we file for bankruptcy in January..... But all this will depend totally on the price-ticket, you won in the greatest lottery of world; Where were you born and to whom?
Try and imagine, just for a moment; You're sitting on the Spaceship ISS veranda, nursing a well earned Sun-downer;
(After having let a 100.000$ toolbox go into eternal orbit, along with all the other crap, left behind by the many astronauts before you, human as well as canine or even our cousin: The grinning chimp.)
- When you look down on this beautiful blue planet this is what you'll see;
Where there's no water, there most likely will be fires aka Violent conflicts aka Wars
You'll see that most of Africa is now in flames, that Gaza and Israel have been at war since 1948, India have some reddish spots up north in Kashmir linked to the ones further down south in Mumbai, where they've just had a 3day siege, Afghanistan and her alliances is at war with the Taliban, Russia is forcibly invading most of their former provinces, Thailand is on the brink of civil war and then some, the "At war" list is practically endless!
And the Western world is still reeling from the worst finance crisis since the Great Depression in '29....  - The passage through the north pole is now doable for the very first time in our history, and in the Netherlands, they are being foresighted enough to build houses, able to withstand elevated sea-levels of 5 meters - (Some deny that there even is a global warming or say it's a conspiracy by the Norwegians?)
It feels like we all are having a ball on the Titanic and that very likely, an iceberg scenario will unfold before our knowing eyes! It's an given fact, that CO2 gasses are on a rampage and large pools of plastic, (the size of France, in fact) in mid ocean along with the rest of our intelligent polluting relationships will melt our ice, not only in the Whiskey Sour, but in the oceans surrounding us, before we're even remotely ready for the consequences... We will all be  preoccupied with the mad dash for the check-out counter, hoping it will help us to feed; Well,not the hungry, homeless or the needy out there - way out there... No, we're hoping, that we'll be able to feed our own insatiable hunger for the next materialistic fix in order to soothe our dying souls... This is while we're growing out of all proportions.....
It has all been said before, and I'll be the first to sign on the dotted line, when given an opportunity to mortgage my home 110% ! And gee, do I want a brand new Credit card? You betcha! One that I've designed myself, with photos of a pouting, spoiled brat - but it's my brat, giving me the illusion; that the 10.000$ credit with its 33% interest is a cozy, homely thing! Yep, I'll gladly be the first of the lemmings, if it'll get me out of a fix right now, right this minute... I won't look back or ahead, no one does, not the politicians nor anyone else and certainly not me...! Instant gratification on "Borrowed money and time" is the name of the game, and you can't call me a party pooper, I'm a player too!
- Give me a mothership of a SUV to navigate this labyrinth, or a plasma TV for watching endless shows of crime busting lawyers and pretty FBI gals with the bad guy in the microscope, doctors with screwed up sex lives or pornorized and anorexic teenager girls in fast edited music videos to make me feel safe, healthy and ready to have children with a bachelor from the cast of "Rose Cavalier"  while under the influence of Prozac.... To hell with tomorrow! And if the end is near; I'll be forever young....!
In Denmark, we have edited Baby Jesus out of Christmas... Apparently he no longer belongs there! This is not a celebration of a birth in humble surroundings, a couple of thousand years ago...
This is now, truly the feast of gluttony, no longer a sin, but a virtue.
This is now, not a celebration of a beginning but the sound of funeral drums for the end.
This is now, the end of us, the enlightened ones, of the "peaceful and compassionate" human race, intent on wiping us selves and each other out and making damn sure that every living thing will go down with us ! We'll do this with every means possible! Be it in domestic homicide, violent gangs, random acts of cruelty and murder, legal/illegal warfare, ethnic cleansing or clandestine terrorist attacks... or just plain old ignorance!
Now; Why so gloomy? ;   "It's getting on Christmas, they're cutting down trees...!"
Posted by Gabs at 2:40 PM

It certainly seems that we survive despite ourselves.

It's what we do. I think that most people get the point of what you've said here, but won't believe it will really affect them. Obviously I'm talking about the people in the developed West, if you're not from the west, you're screwed.

I find it funny when people dismiss the "save the planet" types. The point that they miss is that the planet will go on happily. It's actually our thin biosphere on top that will disappear.