"When the lamp lies shattered. The light in the dust lies dead..." - Shelley 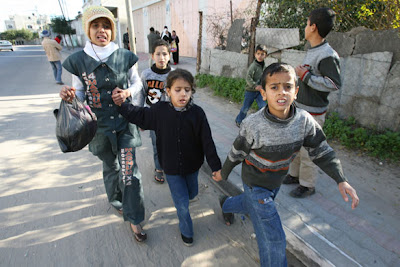 ... When there's nothing left to say really;
Here insert from The Guardian; A citation from a Journalist; Asma Al Goul, living in Gaza city;
"The victim here isn't Hamas or Israel. Hamas has become more popular. The victims here are the civilians, the ordinary men, women and children.

At night I try to sing to my son and to create new stories for him to distract him from the bombs. Yesterday he told me that he didn't want to hear the stories any more. He's just four years old."

There's nothing left to say..... This is madness, this is beyond the realms of humanity.... Sorry, I seem to be using the same words over and over again, but this is because; There's nothing left to say and no words will describe the amount of human suffering in Gaza..... It's all the soft little bodies, not made for the hardness of man, which succumb first; Last night 5 more children died and thousands more are injured..... Do the Israeli honestly think, that they will get only Peace, Love and Understanding out of this?

And where is Obama? I know he says, that there can't be two presidents at the time, but right now the US have none! Where are the world leaders?

I wonder, perhaps this is all he can do?

He better come in kicking some serious ass though, or he will just be the world's biggest disapointment.

We have such high hopes for him in office, but after all, he is just a man.